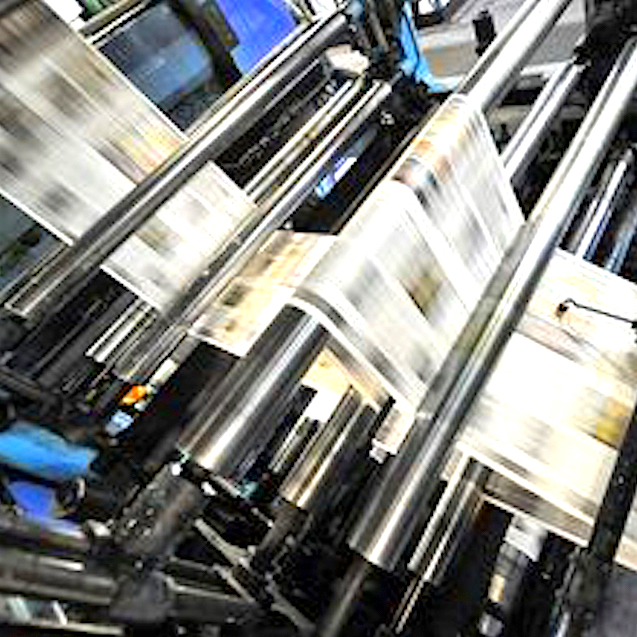 Getting the Truth In a Time of Lies

From the archives of the John F. Kennedy Memorial Library and Museum, based upon his Vanderbilt University address, May 18 1963, "Responsibilities of Educated Citizens."

As John F. Kennedy put it, “…the ignorance of one voter in a democracy impairs the security of all.”
Kennedy could not have anticipated Donald J. Trump as a successor to the presidency of the United States. But his statement, and the broader context in which it was made, underscore the far greater challenge that continues to confront us as responsible citizens.
We are caught in an information crisis, and it’s largely one of our own making. This is a bitter irony of the 21st Century, in which, with wide access to more information more quickly than ever before, so many Americans know so little about their own country and how it’s supposed to work. Perhaps it is more accurate to call this willful ignorance, rather than lack of knowledge. The Trump presidency brought to the forefront what had largely been regarded as a fringe element of our society, fueled by prejudice and distrust and marinated in conspiracy theories, misdirection, and outright lies. Increasingly, Americans have grown to not only distrust news media, but also to refuse to question the accuracy of what information they do get.

From the verified Twitter feed of Donald J. Trump.

Trump campaigned on labeling news media “the enemy of the people,” and has continued to repeat that assertion since he took office. As Indira Lakshmanan writes for a series on journalism ethics for the Poynter Institute, “Distrust of the news media didn’t start with Donald Trump, but he has amplified and stoked those doubts like no American president before him. Trump is also not the first politician to discredit any negative reporting on him, but his effort to undermine a shared understanding of facts conveyed in fair, vetted reporting takes a page from the playbooks of authoritarians in China, Cuba, Russia and Venezuela.”
Poynter research has found overall trust and confidence in the media has increased since Trump took office, to the highest levels observed since the 2001 terrorist attacks, although the president’s persistent condemnations of the “mainstream media” as “fake news” appear to have exacerbated partisan divisions in attitudes toward the press. Based on responses from 2,100 survey participants whose news consumption habits were tracked in November 2017, Republicans are also far more likely to label even accurate, fact-verified stories they don’t agree with as “fake news.” “… Republicans have vastly more negative views of the press than do Democrats, and are more likely to support restrictions on press freedom. While Democrats with high political knowledge say they have the most faith in the press, Republicans with high political knowledge are the most distrustful of the media — more so than Republicans with low political knowledge.”

From FactCheck.org. FactCheck.org is a project of the Annenberg Public Policy Center of the University of Pennsylvania, established by publisher and philanthropist Walter Annenberg. For details about supporters of the organization, click here.

Trump’s continued tweets and scripted insults at his “campaign rallies” became so persistent that the U.S. Senate was moved, on Aug. 16, to adopt a unanimous resolution declaring that the press is not the enemy of the people. But the problem goes beyond attitudes about media veracity. Research shows Americans are woefully underinformed about how American government works, and just one out of three U.S. citizens can name all three branches of government. Even worse, an equal amount can’t name any of the three. Only 24 percent of 12th graders scored proficient or above on the 2014 National Assessment of Educational Progress civics exam, the second lowest of any measured subject (history was the lowest). About a quarter of American adults (24%) say they haven’t read a book in whole or in part in the past year, whether in print, electronic or audio form. The U.S. ranks 139 of 172 democracies in terms of voter participation. 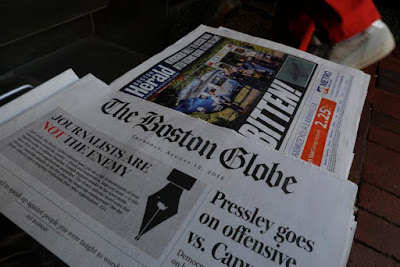 More than 300 newspapers of all sizes published editorials in mid-August that opposed Donald Trump's continued statements that the press is "the enemy of the people." New polling by Quinnipiac shows 65 percent of Americans regard the news media as an important part of democracy, not an “enemy.” But 26 percent of respondents, including 51 percent of Republicans, sided with Trump’s “enemy” rhetoric.
Photo from Reuters

Some of this sorry situation may be the result of growing frustration over dysfunction in Washington. We blame both dominant political parties for having become more extreme and less interested in governing within the past decade. The percentage of people who believe Congress is doing a good job may soon be measured in negative digits. The Gallup Organization reported in December last year an average approval rating of 19 percent for Congress for all of 2017, the eighth consecutive year congressional approval has been less than 20 percent.
More disheartening, however, is the degree to which Trump seems to savor fueling divisiveness and conflict. In practically every public appearance, rather than assume the traditional presidential role of “unifier in chief,” Trump labels political opponents – often with derogatory nicknames in personal attacks – as “unAmerican.” Pew Research has found that partisans are much more likely than they used to be to view the opposing party very unfavorably. A bit over four in 10 Democrats and Republicans view the opposing party very unfavorably.

TransForm Idaho’s mission is of information and education is designed bring clarity to the democratic process by helping Idaho voters, elected officials, and anyone else interested in social justice, equal rights, and equal treatment understand where and how to find accurate information, weigh credibility, and recognize opinion as distinct from news. American voters now face 2018 midterm elections still smarting from the reality that, according to intelligence agency findings, the Russian government used social media, such as Facebook and Twitter, to spread lies designed to affect the outcome of the 2016 presidential election, to discredit Democrat Candidate Hillary Clinton, enabling Donald J. Trump’s victory. Ways to avoid having that happen again are outlined here.
Click on the NEWS tab at the top of our opening page to find links to trusted news sources, and be sue to follow the many links within the text of this and other articles for related stories and other resources that provide context and additional detail and perspective. Our Blog features background essays, with links about the four key issue categories you have helped us identify as being of the greatest importance to Idaho voters – Health, Economy, Education, and Rights. 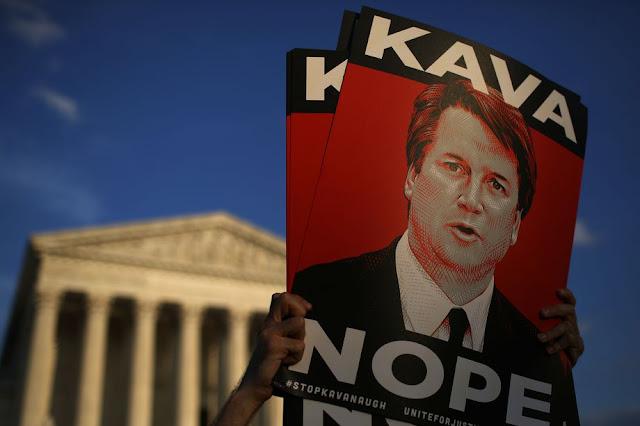